She Thinks Too Much (She, Part Two)

I’ve been in a poetry mood lately, guys. She thinks too much. She philosophizes and soliloquizes, and when nobody’s looking, she writes things down. She analyzes both what she does and what is done to her, and she chastises herself for the majority of it — but then she stops.

I don’t know if you’ve seen this going around, but there’s a new set of images on the Internet showing Disney princesses without makeup. A sort of bizarre realization struck me as I looked at the article. I started to think about the reactions that people might have for these

The world just keeps getting a little brighter. This week I made an interesting discovery: recently, four Swedish cinemas have announced that they will be using the “A rating” in addition to the typical film ratings. If a film gets an A rating, that means it’s passed the Bechdel Test — 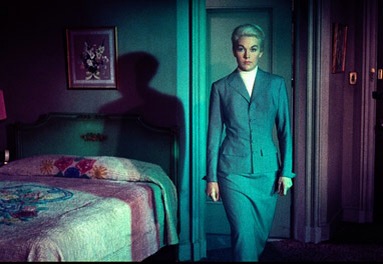 Watching Sexist Movies as a Feminist

I was watching VERTIGO the other day, and I decided: watching old, classic films can be really difficult for a feminist. I mean, I know that society has progressed since the 50’s, but it still makes me cringe to see a woman get trampled on by men because “that’s how

What We’re Doing Wrong – a Lesson from the Oscars

Is it just me, or is anyone else still reeling from the events that occurred during the Academy Awards last night? It’s still kind of fascinating to me that we can see culture reflected so much in the gathering of a very narrow sampling of the population — the celebrities