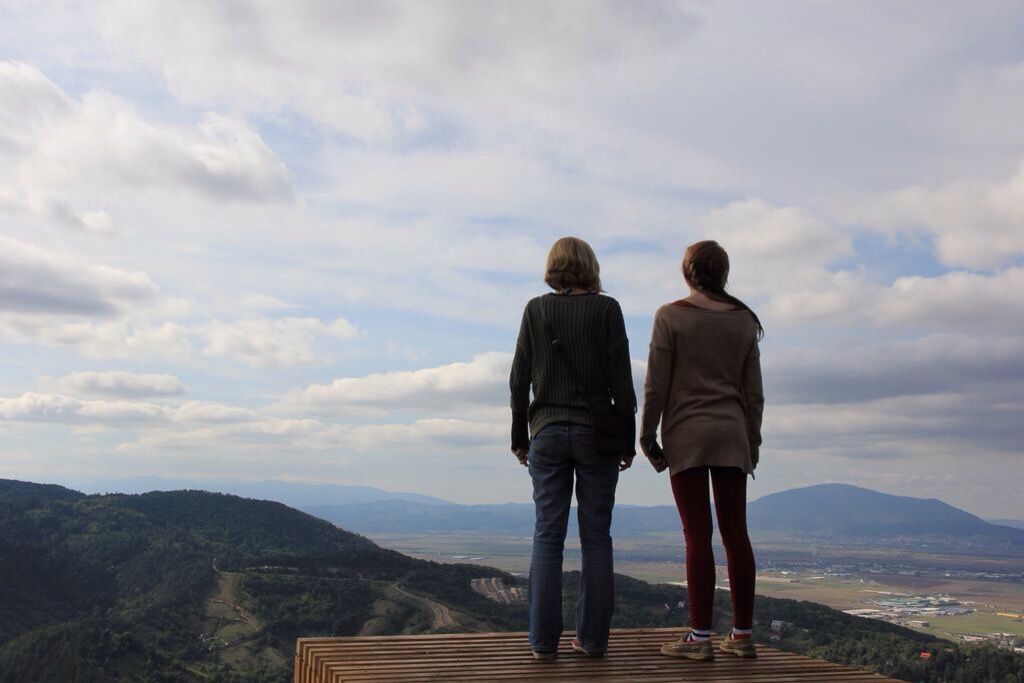 Sickly Sam and Her Teachable Moments

I know, I know. It’s been two weeks since I’ve come back from my trip to Romania, and I have been woefully silent. I apologize for that. I promise there’s a reason behind it… but I’ll get to that in a minute. First, let me break you the bad news:

I will not give you a detailed account of my trip through this blog. In fact, I won’t even give you a brief play-by-play.

“But that’s what blogs are for!” you cry indignantly. Well, okay. That may be true to some extent. But I’m also a firm believer in telling my story as I feel fit to tell it, and I don’t feel like writing a novel about my trip to see my sister — unless a story becomes so pressing that I feel like I’ll explode if I don’t share it with you. 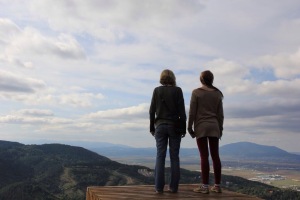 I did that already — I shared with you about the deaf community that I met in my first days in Romania. And I’m sure that, in person, that will be one of the stories that I deem exciting enough to retell; and there will be a few others. In fact, here. Here’s the overly abundant photo album of my trip, which you can browse through to get a visual for the times that I do tell you those stories. But I don’t want to force a story on you any more than I want a story to be forced on me.

There. I’ve said my piece. And now I will tell you about something that has been a little more pressing to me.

Sam’s been sick. Not crazy, “I’m going to die” sick, but that constant sort of nagging sick that pisses you off. I’ve actually been sick for about a month now. Easy does it, folks — this started a couple of days before my trip, so no, I did not stereotypically gallivant off to a foreign country and bring back some disease, thank you very much. But I’m on my second bout of antibiotics now (wicked fun, guys), and that’s guaranteed to get a girl grumpy. And tired. So it’s been a fun couple of weeks being back.

So that’s my excuse, really, for not having written in this blog in the meantime. But it’s also a great teachable moment for the art of finding peace in chaos (or, in my case, irritation). There were moments when I was traipsing about in the middle of Romania, seeing the world from an angle that I’d never seen before, and all I could think about was how grumpy I was. Somehow, I managed to quash my joy of being in a foreign culture.

The same has gone for my time back in the States. I’m going to make a generalized apology to anyone who I may have been rude to in the past couple of weeks (any time before that, and I’ll have to make a separate apology. See me on your own time). Folks, there are moments in life when you must realize, okay, you’re pretty miserable. Why make yourself more miserable by allowing your misery to take over? This was a realization that I made, but, due to my grumpy exhaustion, that realization was unfortunately trumped by the second realization that I just couldn’t be bothered.  I wish I had listened to myself and been a little more intentional about my happiness.

Actually, I will tell you one story about my trip; and it may involve a second teachable moment. This story takes place in Philadelphia, where I had landed and was waiting for a train back to Harrisburg. I was sitting on a bench next to a man who asked where I was coming from (he was just back from Germany). I said Romania, and he said, “Oh! That’s backwards, right?”

“Like, not modern; they haven’t fully caught up yet.”

I nearly laughed, but held it in — apparently just because a country doesn’t have as much privilege as other countries, that makes it “backwards”. But I decided to be levelheaded, and explained that, though I hadn’t gone to any of the villages, the bigger towns and cities seemed to be pretty “forward”, other than the fact that you probably shouldn’t drink out of the tap; but then, I added, that’s the case for a lot of European countries (note: now that I’ve done my research, “a lot” should actually be revised to “some”, but… you can’t change time).

I know I get really irritated (even without being sick!) when people assume things about other cultures. Perhaps this is a teachable moment to myself to guard myself from judging others who judge too quickly. But that being said, this is my second teachable moment: sometimes one’s assumptions about something become a filter through which they see the rest of that thing. Don’t let that happen. Don’t let an experience become dulled because you’re sick and cranky, and don’t call a culture “backward” just because it’s not America.

On another note! Though I already miss my sister, and am sad that it’ll be several months, if not more, before I see her in person again, I’ve also found that coming back home after vacation gives you a chance to rediscover how much you adore a place. I’ve missed my little Harrisburg community, and it’s good to be back. I’m also grateful to be able to drink as much water as I damn well please.

So, teachable moments are as follows: be intentional about your happiness, and don’t assume. Teachable moments over; grumpy child over and out. See you next week, lovely people! I promise I won’t fall off the face of the earth again.