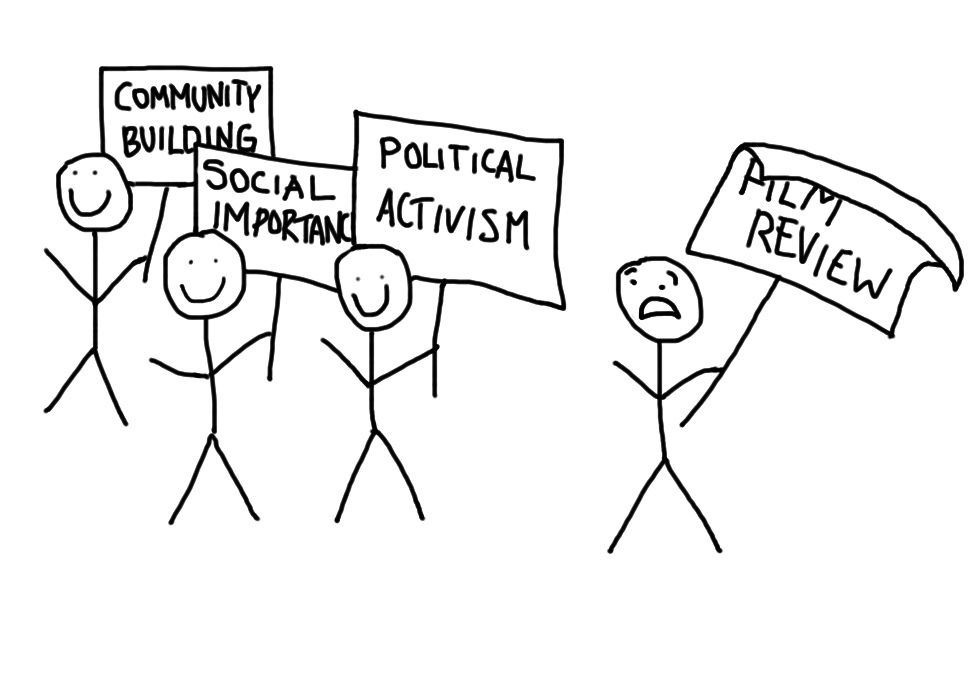 Harrisburg is a wonderful place.

In the three wonderful years that I’ve lived here, I’ve found it to be satisfying on so many levels. First, it’s a city with a small-town feel… some may debate that as a con, but I very much see it as a pro. Second, though Harrisburg has been struggling with bankruptcy — as an acquaintance of mine so fittingly described it, it’s a city that’s “peeling at the edges” — there’s still this huge desire to piece things back together, to cultivate the budding art scene and to speak out for diversity and civil rights and basically all that is good.

There are so many examples of that goodness that have sprung to my attention recently that I don’t even know where to start. There’s the ignition of the Harrisburg chapter of This Stops Today, the so-called “Civil Rights Movement 2.0” — a group dedicated to improving the relationship between the community and its police force, especially when dealing with issues of racial bias. There’s also some pretty exciting stuff happening with Bike The Burg, as the city gears up to promote a safer biking environment. Politics, the community — check, check. Next stop: improv comedy. The Harrisburg Improv Theatre (lovingly referred to as the HIT) has really come to life this past year, presenting improv left and right for young and old alike… It’s awesome. I know, because I’m a tiny, tiny part of it.

All right, I’ll stop sounding like a pathetic bulletin board… after just one more announcement. Harrisburg even has a slice of Internet fame at the moment. Have any of you ever heard of Liz Laribee? If you live in this city, of course you have… but if you haven’t, let me give you the low-down: Liz Laribee is an artist who has played a huge part in the organization of many community projects — projects such as the Sycamore House, the Makespace, Sprocket Mural Works, Lawyers for the Arts… basically, she’s an all-around starter of good things. Recently, she made another good thing: Saved by the Bell Hooks, a comedic yet thought-provoking feminist Tumblr blog which has gone viral.

There is something truly refreshing about seeing so many grassroots events springing up in this general vicinity, especially when it’s someone you know who started the trend. Each of the various groups and people I’ve mentioned so far have started because people I know had a passion or an idea, and wanted to spread it around. There is nothing more powerful than realizing that the change in the air has been stirred up in your own neighborhood. Makes me feel a bit like I’ve been wasting away my own existence.

Which brings me to my current life update: today, I wrote a review for the Oscar-nominated Shorts that are playing at the Cinema.

Doesn’t quite measure up as “significant”, does it? Not when there are other movements going on, and people working to better other people, to improve the conditions of the place they live. Maybe I need to work on giving my writing a purpose… not just critiquing other people’s work, like in my reviews, or fleshing out characters like I do in my stories. What good is any of that if I can’t encourage people to be more forward-thinking, or give them what’s what on important life issues?

This is something I have to remind myself of again and again: a story isn’t anything spectacular unless it gives its audience a fresh perspective. So, that’s what I’ll working on this week. Let it be my month-late New Year’s Resolution: to make work that matters. And for those of you who also felt tiny in the midst of my above examples, join me in my quest to conquer self-disparagement. We can collectively come up with a way to make our lives significant.

(PS. Solo Sleepover has its next show coming up — we’ll be sharing the stage with OK Jones this Saturday at 8:00pm! Come check us out!)