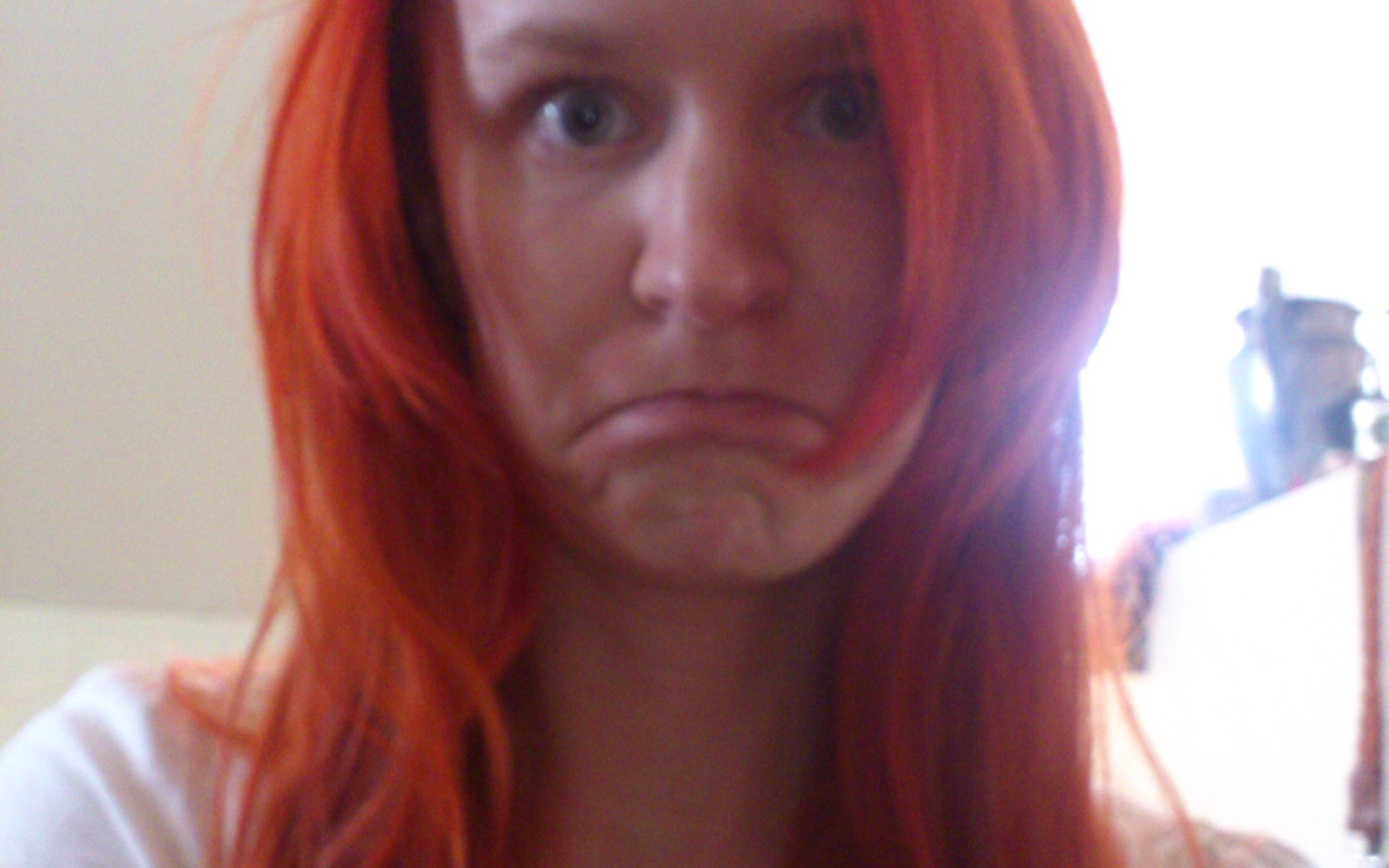 And so it begins.

It’s been a few days since I’ve finished off a very clumsy third draft of The Fields, a novel I’ve been working on for the past few years. I’ve sent my work in earnest to a handful of friends and family members, and now I’m sitting back and taking my turn in the extremely uncomfortable waiting game that always follows the completion of a draft.

Now, it’s very possible that I may not get a response for weeks, or even months (to those of you beautiful people who are unlucky enough to have been burdened with the responsibility of reading my manuscript and yet still are finding the time to read this blog, bless you. Take as long as you like.) — but someone could reply in less than a week and I’d still be antsy. That’s just the thing… until I get back that first scrap of feedback, my mind will be inundated with thoughts of The Fields. Nothing else will matter. A meteor could land next to my house, and all I’d be worried about is that the Internet connection was somehow broken, preventing notes from reaching my email inbox. I’m a maniac when it comes to waiting.

So I’ve been trying to come up with things to do to pass the time. The first day, I cleaned my room (and let me tell you, that was a long time coming). The next day I found a little bit of solace in some episodes of Gilmore Girls, a la Netflix, the ultimate time-passer. Then I discovered that apparently all writers should have a blog, so I started hemming and hawing over an excuse not to do that (note: you’re reading my blog, so you can see how well that went). I even had a few days of family time to distract me from my impatience. But alas, Sunday was the last straw: as a sort of congratulatory gift to myself, I decided to dye my hair auburn.
This is how auburn my hair looks. 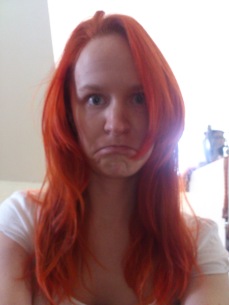 See, the box usually shows a picture of what your hair will look like post-dye if you originally had brown hair, or black hair. What it doesn’t show is what your hair will look like if you originally had blonde hair.
The unfortunate thing is that this isn’t the first time I’ve had issues with hair dye. I had gray hair once, when a brown dye didn’t cooperate. I also have, ironically enough, had bright red hair before, but that time it was on purpose. And to be honest, this time around, I was initially alarmed at the color. But I’m quickly becoming attached. So what if it screams “Ronald McDonald”? It’s also a tribute to the likes of Lola, Leeloo, and Ariel.
And it will fade. Lesson number one in the world of hair dye: nothing is permanent. Sure, the bottle may say that (though in this case, it just says “28 washes”), but hair is resilient. I’ve put permanent black streaks in my hair, and two years later those streaks had returned to blonde.
So here I sit, with my resilient hair and my stewing impatience, realizing that I have no idea how to write the blog I’ve set out to write. Sure, I’ve written an entire novel (and given the condition it’s in, that’s not necessarily something to brag about), but what the hell am I going to interest you guys in on a weekly basis? Probably nothing. But damn it all, if I truly want to call myself a writer, then I should be able to write six paragraphs about the state of my hair, or the importance of sleeping in, or God knows what else, and at least captivate someone’s attention. So that’s what I’ll do. And for those of you who have been keeping up with my film reviews, I’ll be posting links for those on here too. So stay tuned, my friends. There is more to come.